Recently I've thought to try designing a new fresh look for ScummVM. This is what I came up with: 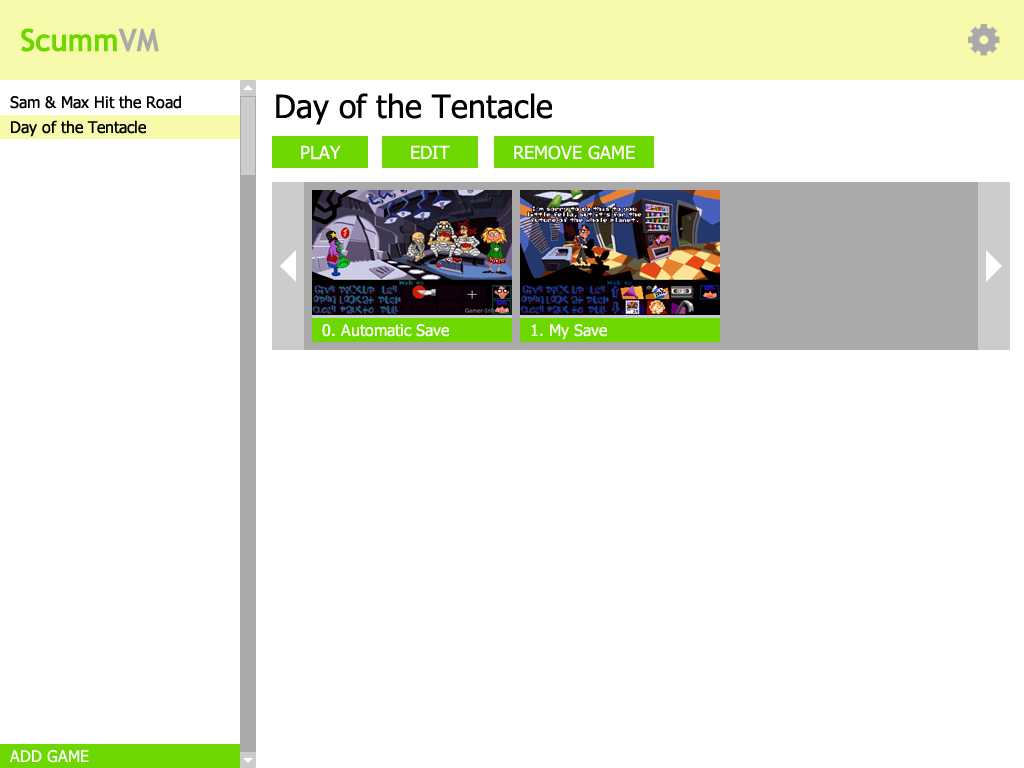 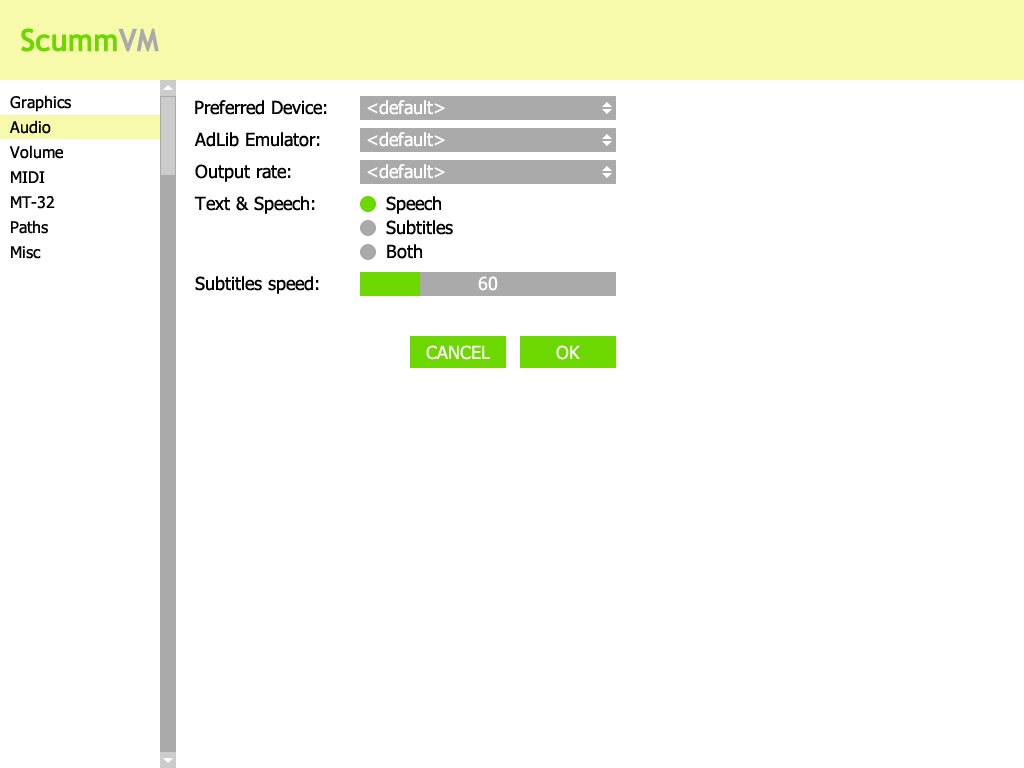 As you might've noticed, it's a little bit inspired by Steam: games listed on the left and current game displayed on the right. Saves are available right from the very first screen.

Options dialog stayed pretty much the same, but tabs are replaced with a list. That allows to add more tabs without any scrolling and makes it look similar to main screen.

I was unable to add the familiar orange color into this scheme without ruining it, so I replaced it with pale green. The whole look is kind of minimalistic: no gradients, borders, rounded angles and such. The similar approach could be used to redesign ScummVM site.

These sketches show a 1024x768 desktop look, while not doing anything about platforms with smaller resolutions. I think it's OK to go with a simple skin for those, meaning the layout stays the same and only the colors/fonts/images change.

I worked with ScummVM GUI system, so AFAIK it wouldn't be too hard to change those layouts to correspond these sketches. That couldn't be achieved with a simple skin, because some minor changes needed to place saves dialog in main dialog or to replace tabs with a list.

P.S. It's not about GSoC, but my site is configured to show only those posts which has "GSoC" prefix in the RSS feed Planet is aggregating.