In my previous post I’ve mentioned my Container PR — and voila — it was merged! So the first thing I’ve done this week was merging it from upstream’s master into my cloud fork’s master and using the Container in the Cloud tab. I’ve also fixed a few TabWidget’s height issues in that a bit later. 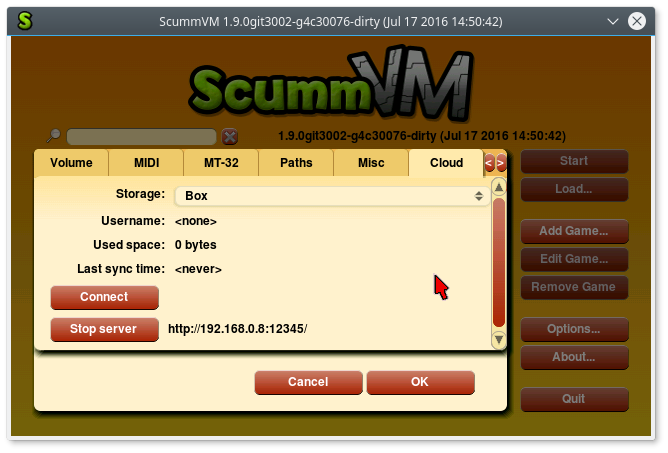 Box support was added this week, so the original plan to add 4 cloud services is accomplished. Box is a bit similar to Google Drive, as it uses files ids instead of paths. The other interesting thing about it is that it has yet another approach to file uploading, so I had to tune some things one more time to support this one too.

I’m not planning to add more cloud services yet. I was unable to even find out how to work with iCloud. OwnCloud uses WebDAV instead of OAuth2 + REST API and they are not going to implement one. I’m not sure how long will it take to add WebDAV support, so I’d be working on other things for now.

A few upgrades were made in the DownloadDialog and local webserver’s Files Manager. The first one now shows progress a bit more precisely because it’s calculated based on downloaded size, not the number of files downloaded. It also shows the downloaded size, total size and current speed there. 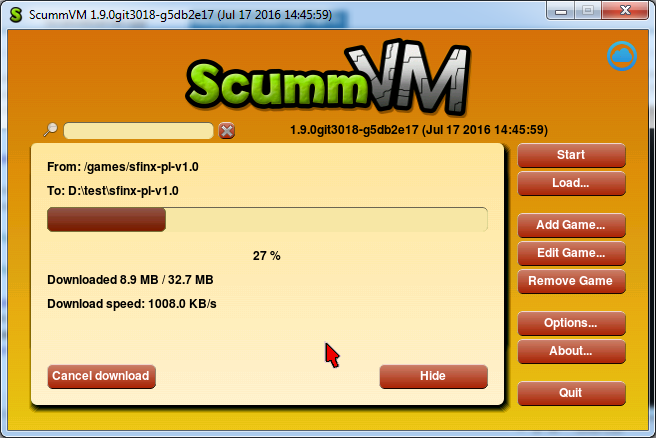 Files Manager now supports directories uploading (works in Chrome only, as that’s the only browser where this feature is implemented). I’ve also added code which should correctly determine server’s IP on Linux. Some minor improvements like file type icons were made:

Finally, I started working on openUrl and clipboard support. Windows, Linux and Android already support opening URL in the browser, OS X and iOS backends are on the way. I also have some Symbian code, but it could take some time to implement it properly.

Clipboard is already supported in SDL2, and I just started working on adding it. Right now it’s only Ctrl+V support for EditableWidget. We’re also thinking on adding selecting feature there, so users could also use Ctrl+C. I’m not sure how that should work on platforms like Android, where we usually don’t have keyboards attached. I mean, EditableWidgets are not Android EditText fields, so they don’t show a menu on long tap, which means we either implement it or make users suffer.

These two features are what I’m going to work on. Then I also should add some tests into testbed engine, and do some documenting/refactoring where needed.